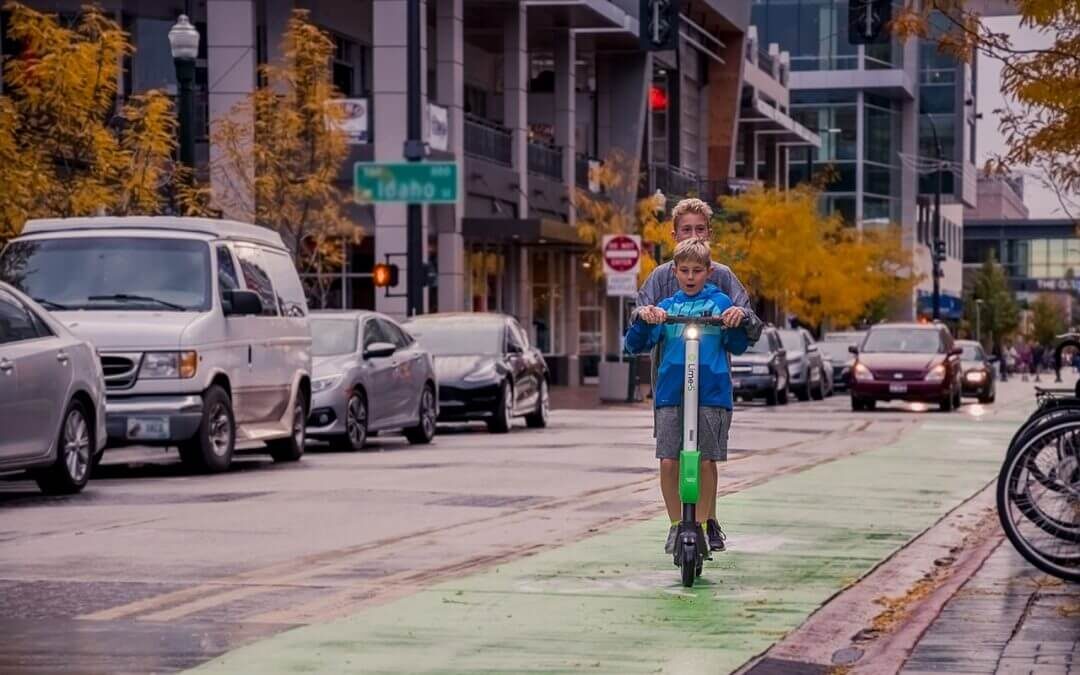 If you live in a city, or major metropolitan area, chances are you have seen someone zip along on an electric scooter, name the brands Bird, Lime, and Razor (yes, the scooter company from the 90s that was all the rage). Maybe the thought that they look fun to ride has crossed your mind and you considered downloading the app, hopping on, and cruising the streets to get from point A to point B – say, from your office to that coffee shop you really like, but that’s a few blocks too far. E-scooters have revolutionized pedestrian travel, but they have also caused several accidents and injuries since their arrival on the streets. Denver originally ordered e-scooters to halt operations on the streets, since citizens rode them and left them where they pleased, oftentimes blocking foot, or road, traffic. In order to cut down on accidents and collisions requiring Denver personal injury lawyer intervention, Denver implemented new rules for e-scooters. We are here to pass some rider guidelines onto you for the next time you jump on and go.

Originally, e-scooters were classified as toy vehicles, which means they should have (though often were not) been riding on the sidewalk. Considering the scooters can reach speeds up to 20mph and sidewalks in cities are often densely populated, a collision could cause serious injury. So, riders jumped into bike lanes, when available, or rode in the streets and cut off cars. A sudden and erratic movement from a scooter rider in front of a vehicle can lead to avoidance overcompensation and accidents with other drivers, or the scooter rider. To combat these high risk, high probability cases, Denver has deemed that scooters can only be ridden in bike lanes, or as far to the right of the road as possible if no bike lane exists. Essentially, scooter riders should obey the rules of the road and act as bicycle riders to stay within legal limits and avoid serious injury to themselves, or inflicting it on others through reckless and negligent driving.

There are places where e-scooters are not allowed to be ridden at all under any circumstances. If a road has a speed limit over 30mph, scooters are banned from traveling on them; with a max speed of 20mph, they pose detrimental effects to the riders and other drivers if they cannot keep pace. Additionally, scooters are banned, for the time being, from park roads and trails until the Parks and Recreation department determines rulings for the vehicles.

Like a bicyclist, it is advised to follow the rules of the road for cars and other motor vehicles, e.g.: stopping at stop signs and red lights, using hand signals to alert other drivers and riders to your intended movements, and remaining vigilant to others on the road. Additionally, you should wear protective and reflective gear to improve your visibility to drivers. At a bare minimum, you should always wear a helmet. You can actually request a free helmet from Bird through their app, so there is no reason to not protect yourself from danger. If you can carry a reflective vest with you in a bag, it will only help you stay safer when riding as you will be visible at all times.

If you’ve been involved in an accident with an electric scooter, contact us immediately to discuss your options and to represent you as your Denver personal injury attorney. Our years of expertise have equipped us with the knowledge to help you through any legal endeavor. Call us now for more information.