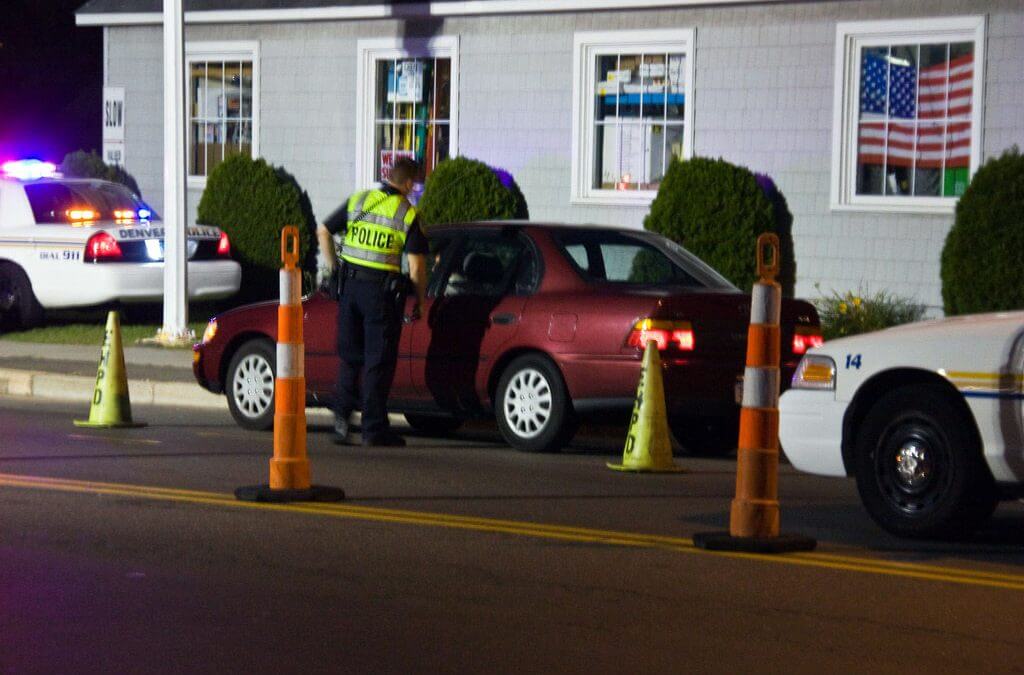 Most Denver residents don’t think they’ll ever find themselves in need of a Denver criminal defense attorney to act as their lawyer for a DUI charge; the risks of intoxicated driving are almost universally known. Aside from hefty fines and driver’s license suspension, intoxicated driving puts every other driver and pedestrian in mortal danger. We’ve all heard of an unfortunate and untimely death due to drunk driving. It’s no stretch of the imagination that when you go out to dinner, or to see a friend, and have a drink or two, that nothing will come of it from hopping behind the wheel as you’ve done one-thousand-or-more times. You know what feeling drunk is like, and this isn’t it — you feel fine.

So you drive along on your way home in the evening thinking about what show you’ll watch before going to bed, not thinking to have checked your car before driving. What happens if a headlight, or taillight, is out? Say as you’re driving along, you think you see something in the road and swerve to avoid it. It could have been a happy animal out looking for lunch tomorrow. What happens if a police officer sees you as you swerve in the road, or notices that broken light on your car? The cruiser pulls out behind you and turns on his lights. Your heart starts to pound; you turn off your music, or podcast, and pull over as you stare in the rearview mirror staring at the flashing lights. You run through every reason you could have been pulled over. Were you speeding? Was it the swerving to avoid what you thought was an animal? Those drinks didn’t affect you enough, no chance of that.

Then the officer steps up to your window asking for license and registration and as you reach for it and say “no problem officer,” he catches an air of alcohol. He asks if you’ve been drinking and you weigh your options between lying and saying no, or using the all-too-common phrase of, “I’ve only had one or two.” The officer asks you to step out of the vehicle and to perform BAC (blood alcohol content) tests, such as the breathalyzer. You remember that one time a friend said you can refuse it and you absolutely should. So you do. In that moment, you’ve broken the implied consent laws. The officer can now arrest you for “per se intoxication.” In essence, the officer believes your BAC is above that of 0.08, the legal limit to drive (.04 if you are a commercial driver) and has probable cause to arrest you and hold you in a cell. You are read your rights as you are put in the back of the cruiser and your car is impounded. The thought of never needing a Denver criminal defense attorney is now out the window.

The above story can happen to anyone at any time and there are no shortage of people telling you not to take BAC, or field sobriety, tests. While you can choose to avoid taking these tests, including checking your breath, blood, or urine, you break the implied consent law, which every driver agrees to when they step into a car, or onto a motorcycle. Some states will use your refusal to take a BAC/field sobriety test as evidence against you for a DUI charge. Again, while you can refuse to take the test, be warned that there are penalties to it; however, a Denver criminal defense attorney will work to have charges, fines, and penalties dropped.

Returning to our story, consider you are aware of the implied consent law and ignore the legal advice given to you by friends or colleagues. You agree to take a field sobriety and BAC tests with the officer. Best case scenario, you get through them quickly and painlessly; no issue standing on one leg and touching your nose and the officer sees a number below .08 on the breathalyzer. You’d be free to go. Worst case scenario: the field sobriety test is a breeze, but the officer says he’s sorry, but your BAC is .09. You go through quick math about your drinks and cross-reference it with how you feel. .09? While you’re trying to figure out how those few drinks got you to .09 and you didn’t realize just how buzzed you were, you’re being escorted to the cruiser, read your rights, and blinded by flashing lights and the dizzying thought of needing a criminal defense attorney to help you against these DUI charges.

You will face steep repercussions if convicted of a DUI, including massive fines and penalties, a likely enrollment in an alcohol re-education class, potential jail time, and enough points on your license to drive up costs for years to come, not to mention an immediate suspension. For many, this could cost them their jobs, since they now will not have reliable means to commute to work. While the best way to avoid a DUI and potentially breaking the implied consent law by refusing a breathalyzer test is to not drive after drinking, mistakes are made and accidents happen. It is often best to comply with the officer’s request of a field sobriety test as it can help your defense later. Or, in an ideal world, you pass the test and your BAC is below 0.08% and are free to go with only a minor inconvenience behind you, not a myriad of consequences in your future.

If you are facing a DUI charge, whether warranted or in error in your opinion, it is in your best interest to contact a Denver criminal defense attorney at the Law Office of Jarrett Benson to represent you and assist you through the legal battle you face. Let us know immediately if you are facing charges because you refused a breathalyzer/field sobriety test at the time you were pulled over. Call us today to discuss the details and the options available to you to reduce charges and penalties, or to prove the charges false and potentially have them dropped. A DUI is a terrible thing, but it’s a mistake – one we will help you rectify and/or make amends towards.