Seeking Help to Protect Your Child 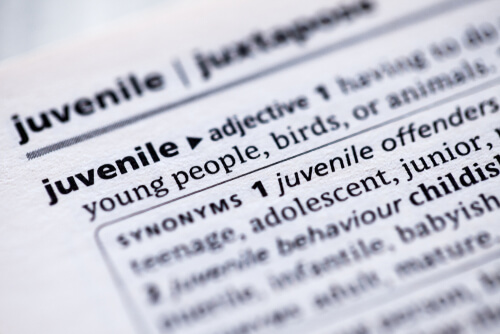 It has been said that one of the toughest decisions a district attorney can make is whether they need to try a person under 18 as a juvenile or as an adult in court. While it may seem obvious that anyone under 18 should be tried as a minor, certain violent acts are considered too extreme to be tried in juvenile court. It is ultimately up to the district attorney to make the call and it depends on a few factors. It may depend on brain development, history of criminal charges, possible rehabilitation and others. For example, a recent case in Colorado required a local district attorney to ask herself the very question of whether to try a young woman as a juvenile or an adult. Her final decision will not be known until next year, however, it is likely that the young woman will be tried as an adult. She is being accused of murdering her nephew.

Apparently it wasn’t always a question whether juveniles were to be tried as adults, sometimes it was a given, depending on the charges they were facing. It wasn’t until a law passed in 2010 that young adults were given the option to not face adult punishments for crimes committed as a juvenile. In 2009, prior to the new law, 152 Colorado juveniles faced adult sentences without any review. This was shocking to many and that’s what catapulted the new law in 2010.  The new law calls for what is referred to as a reverse-transfer hearing, which allows a judge to hold a separate hearing which will determine whether the minor will be tried in a juvenile or adult court.

There is no easy way to hear that your child is facing criminal charges. Whether you found out from the police or from your child his or herself, it is never good news. Whatever their case may be, it is best to seek guidance from an attorney for reasons such as this. Not everyone is aware of the reverse-transfer law, or that it is possible their child may be tried as an adult. Also, keep in mind that being charged with a criminal offense doesn’t always mean a child is guilty of a criminal offense. Here are some of main concerns and questions we receive regarding juvenile defense cases:

If you and your family are in need of a juvenile defense attorney in Denver, Colorado, look no further than Jarrett Benson. With years of experience and a knack for vigorous representation, he will ensure that your child and your family receive the most favorable outcome possible. If you have any questions about your case do not hesitate to call our offices today.